http://www.westbatonrougeappraiser.com/ – Will Half Of West Baton Rouge Parish Homebuyers Who Claimed 2009 Tax Credit Have To Repay The Government?

There’s a new report out by CNNMoney.com and eCreditDaily.com that says 950,000 Taxpayers Must Repay Homebuyer Tax Credit according to the U.S. Treasury. Read the entire articles at the links above. Buzz is providing a few snippets below. 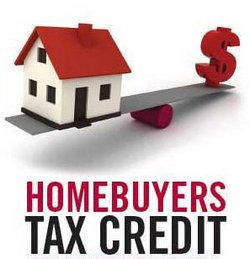 CNNMoney.com states, “Nearly half of all Americans who claimed the first-time homebuyer tax credit on their 2009 tax returns will have to repay the government. According to a report from the Inspector General for Tax Administration, released to the public Thursday, about 950,000 of the nearly 1.8 million Americans who claimed the tax credit on their 2009 tax returns will have to return the money. The confusion comes because homebuyers were eligible for two different credits, depending on when their homes were purchased. Those who bought properties during 2008 were to deduct, dollar for dollar, up to 10% of the home’s purchase price or $7,500, whichever was less. The catch: The money was a no-interest loan that had to be repaid within 15 years. Had they waited to buy until 2009, they could have gotten a much sweeter deal. Congress extended the credit and made it a refund rather than a loan.”

eCreditDaily.com states, “Nearly 1.8 million taxpayers claimed a total of almost $12.5 billion under the popular first-time homebuyer tax credit program, but more than 950,000 taxpayers will be required to repay the credits because their homes were purchased in 2008, according to a U.S. Treasury report released today. And many more may have to repay the credits “if the homes cease to be the primary residences of the taxpayers within 36 months,” according to the report released by the U.S. Treasury Inspector General for Tax Administration (TIGTA). TIGTA said the Internal Revenue Service is improving its methodology to more precisely determine how many have to repay the tax credits. Nonetheless, the announcement will come as a shock to taxpayers who purchased homes to take advantage of a program meant to revitalize the depressed housing market.
The Housing and Economic Recovery Act of 2008 created a new “First-Time Homebuyer Credit” equal to 10 percent of the purchase price of the home, limited to a maximum amount of $7,500. But that original credit served as an interest-free loan that must be repaid over a 15-year period. The following year, the homebuyer tax credit program was expanded and converted into a full credit that does not have to be repaid.”