Below is news about Chinese Drywall Litigation for Florida and Louisiana as quoted below from: http://www.lawyersandsettlements.com/case/chinese-drywall-problems.html?ref

Miami, FL: Having recently lost a
<http://www.lawyersandsettlements.com/case/chinese-drywall-problems.html?ref
=article14638> Chinese drywall lawsuit, Banner Supply Company is now facing
a class action lawsuit, which will attempt to include all Florida homeowners
who bought drywall from the distributor. The class action alleges that
Banner knew the drywall was defective in 2006 and was negligent in not
warning consumers. 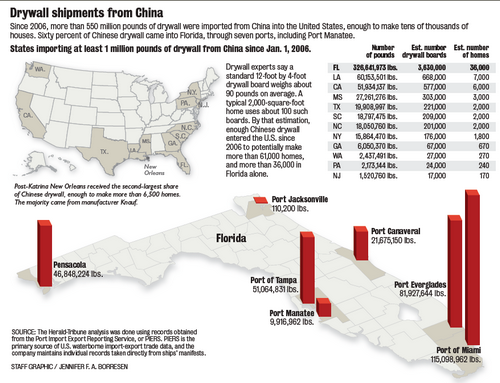 However, there may be good news for Louisiana homeowners.

Louisiana Governor Bobby Jindal signed legislation barring insurers from
ending homeowners’ insurance coverage if a policyholder files a claim based
on tainted Chinese drywall. In late 2009, Louisiana Insurance Commissioner
Jim Donelon said if the policyholder has been with the insurer for more than
three years, the state’s insurers will not be able to cancel policies
related to tainted drywall manufactured overseas. The state’s last resort
insurer, Louisiana Citizens Property Insurance Corp., now has a “bare bones”
policy to meet the requirements of lenders when a homeowner needs to vacate
a house.

On the federal level, experts predict that a bill known as the Foreign
Manufacturer Legal Accountability Act will likely be passed in the next
month or so. Developed in response to the public outcry that resulted when
consumers found out that the Chinese manufacturers could not be held
accountable under US law for the defective products, the law would allow
Americans to sue foreign consumer-product makers in US courts. 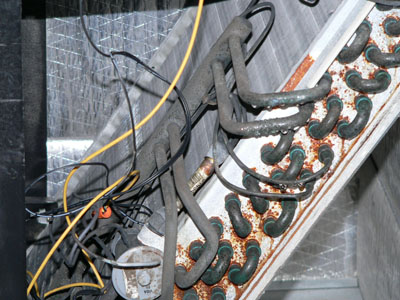 Possibly more good news for homeowners: lawyers are currently trying to set
some rules in Chinese drywall settlements. According to court papers filed
in New Orleans, Knauf Plasterboard Tianjin Co. Ltd. (KPT) and builders could
unfairly use settlements to get homeowners to unwittingly waive their legal
rights or to agree to inadequate remediation. The lawyers want US District
Judge Eldon Fallon, who has ruled in favor of homeowners in two early test
cases, to require greater disclosure by KPT and builders-including
settlement details and prior court decisions-in any communications with
homeowners.

Judge Fallon ordered KPT and another manufacturer to remediate those homes
by gutting and rebuilding their interiors. But attorneys contend that
disclosure is needed because the settlement attempts are intended to bypass
the judge’s rulings and undermine the judge’s rulings as the basis for a
national remediation standard. Manufacturers are appealing, but KPT is
beginning to seeking settlements with builders who used its drywall.

If you have suffered losses in this case, please send your complaint to a
lawyer who will review your possible [
<https://www.lawyersandsettlements.com/submit_form.html?label=chinese-drywal
l-problems&ref=article14638> Chinese Drywall Problem Lawsuit] at no cost or
obligation.