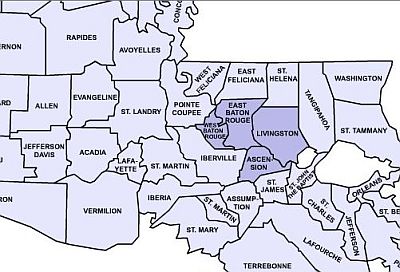 Realtor.org and and The Urban Land Institute are reporting on 4 demographic trends that will affect Greater Baton Rouge Housing! Their short article is located here and is quoted below.

“4 Demographic Trends That Will Affect Housing

A new report from the Urban Land Institute predicts two major changes in the U.S. housing market as we began a new decade.

Home appreciation will slow considerably to about 1 percent to 2 percent annually.

The current U.S. homeownership rate, now at 67 percent (which is down from a record high of 69 percent), will fall further to about 62 percent.

The report also cites four major U.S. demographic trends that will have a major impact on housing.

1. Aging baby boomers (ages 55 to 64 years old): They will keep working, and many will be forced to stay in their suburban homes until values recover. Those who are able to move will choose mixed-age living environments that cater to active lifestyles. Walkable suburban town centers also will appeal to this group.

2. Younger baby boomers (46 to 54 years old): They are now entering their prime earning years but they will lack home equity and unlike the older members of their generation, they won’t be able to purchase second homes. This will likely curb the prospects for the second-home market.

3. Generation Y: They are larger than the baby boom generation (with a population of about 86 million). As they enter the housing market, they are less interested in homeownership than their parents were when they were young adults. “They will be renters by necessity or choice for years ahead,” says John K. McIlwain, author of the report.

4. Immigrants – both legal and illegal: They are nearly 40 million strong. They often prefer multi-generational households and if they can afford them, larger homes in neighborhoods with a strong sense of community.