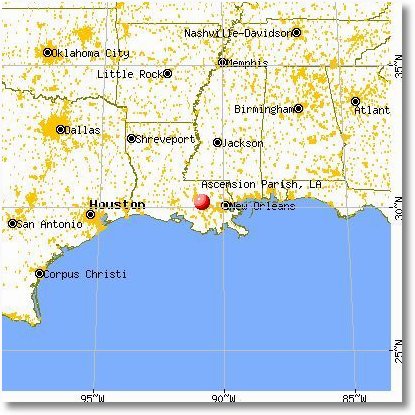 “Ascension Parish had one of the 100 fastest-growing home construction markets in the country over the past eight years, a new federal report indicates. U.S. Census estimates show housing units in the parish have grown by nearly 36% since 2000. Between the 2000 Census and July 1, 2008, 10,390 new housing units went up. Ascension ranked 83rd in the nation and was the only Louisiana parish to make the Top 100 list. Livingston’s housing units grew by 29%, West Baton Rouge nearly 15% and East Baton Rouge 11%. Orleans Parish housing units are up 17% since Hurricane Katrina, but remain down 47% from 2000. To see the statistics for all parishes in Louisiana, click here.—Penny Font”